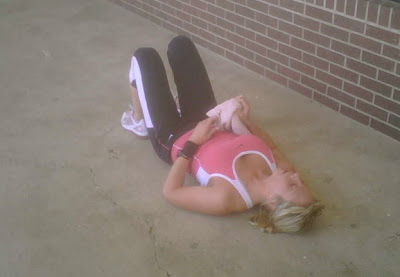 Why is it that a NASCAR race is so much more exciting once someone crashes? The Miss Universe pageant has never been so amusing as when Miss USA fell on stage and popped right back up. A hockey game sucks if no one throws a punch...and while we all agree it's sad...we glue ourselves to the screen during the Olympics to watch both great accomplishments, as well as, heartbreaking failures. If we miss one of those tragic events, we turn to the internet so that we can watch "the agony of defeat"...over and over and over again. Why is it human nature to love to see others fail?

We all want to be more...the best. We all want a better car...a bigger house...a more impressive job title...a skinnier waistline...more intelligent children. The desire varies depending on the person...but EVERYONE is always looking for more of something. We hate the people that we perceive are better than us or that have achieved what we want to achieve. We work hard and if we're lucky...we make it too...only to find out that it's not as great as we expected it to be.

It's not as great, because when we are succeeding...there's always someone hoping...watching...waiting for us to fail. People smile and congratulate you to your face, while privately they cut you down and secretly hope you will faiI. I feel that way sometimes. For years, my husband and I were so poor. We worked so hard and went without for so long. The hope of a better, more secure future is what kept us going when we didn't know how we were going to pay the bills or when we had to wear coats inside our house, because we couldn't afford to heat it. I dreamed of the day that I could have a nice purse or drive a nice car...the day that I could be proud to bring people to my home...the day that I didn't cry when it came time to pay the bills. After many years, lots of hard work and sacrifice, and thousands of dollars in student loans...we have achieved a lot of our goals. We are not millionaires, but we are more than comfortable...successful by most people's standards. There are many people that have more, but we have a lot and we appreciate it, because it was not easy to obtain. 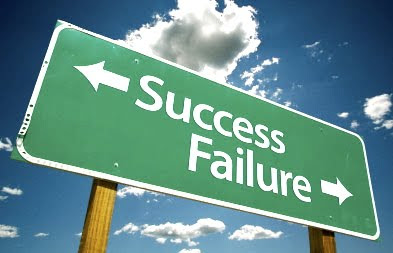 There are other successes, besides monetary successes that people resent as well...especially women. We women have to be the meanest, most competitive creatures to ever walk this earth. I know that there were people that were much more likely to approach me and like me when I was beat down and overweight. It was easy, because I was no threat...no competition. I made the person standing next to me look good. When I took control of my life and problems...lost weight...and gained a bit more confidence...everything changed. People stopped approaching me. I went from being invisible to being talked and whispered about. The sad part is...I'm still me. The inside is the same. I'm still nervous and insecure...I still struggle not to over eat...I still have the same worries as every other 40 something mom. I think that's one of the reasons that I'm so scared of gaining weight. I know that there are people that would revel in my failure, because then they could feel good about their own short comings and weaknesses. People don't always see the successes of others as simply a success to cheer for or congratulate, but as a personal failure...a reflection of what they, themselves, did NOT accomplish.

I have found myself actually being embarrassed at times...embarrassed when a fellow PTA board members husband complimented me instead of her...embarrassed when my children's friends come to the house and say, "Wow! You have a nice house! I wish I had this house!"...embarrassed to admit that I have a nanny even though I work a very part time job...embarrassed of the amount of shoes and purses and belts and clothes in mine AND my childrens' closets. Personally, I think that sometimes I am embarrassed and I fear success because I don't feel worthy. Failure is comfortable in some sick, twisted way...familiar. Maybe part of it is in my head...maybe it's me...the dark insecure parts of me...that are waiting for...fearing...expecting failure. It would be easier in some ways...but would I be happy...settling for less? 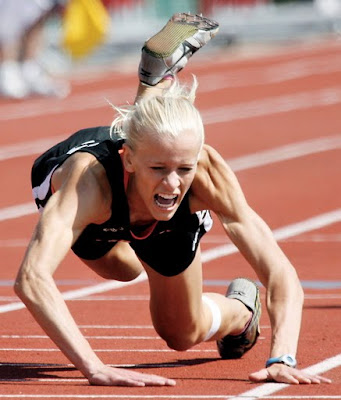 As I sit and think about the dilemma between "having it all" and being hated for it or being just like anyone else and easy to like, I realize that while it hurts to know that there are people waiting for me to fail...people putting me down in whispers...I could never live with myself knowing that I didn't try to be the best I could be. I realize that deep down people don't really think of me as a jerk or think I'm bad, because if they did...they wouldn't be talking...they wouldn't be competing...they wouldn't care. So, yeah people might love to see other people fall...lose...fail, but personally, I would rather be Miss USA and fall onstage in front of millions, then be the fat girl eating popcorn and laughing from my chair at home. I'd rather be the Olympian that trips and loses the chance to win a medal...the one he has been working for his whole life...than the guy with a spare tire...sitting alone...watching it over and over on youtube. It hurts and it's hard, but I'd rather be the best version of myself, then wonder what could have been. So, I'll keep working while others sit and wait...for failure.
~Marsha
Posted by MC at 2:42 PM 6 comments 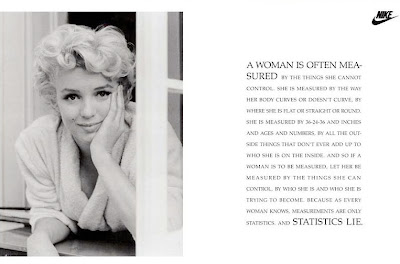 Sometimes I feel like I'm an actress playing a role written by other people. There are times when I feel as though much of what I do is for other people, even when I am doing things for myself. It's like people need me to be this person, and I need to make them happy. And they are...most of the time...except sometimes the very thing that people love...the very "personality" that they have created, becomes the thing they criticize. Sometimes, just when I get good at being what I think I am suppose to be...the standard changes and I feel like I can't measure up.
I truly blessed to be different. I am a complex, multi dimensional, sometimes contradictory person. At times, I feel special...like I am the sun amongst the stars. I feel like people can relate to me and I can speak to them in a way others cannot. I feel loved and appreciated but I'm not always sure that it is for the best parts of me. Many times it is for the parts of me that are the least important...the parts that can be seen on the outside...while the most amazing parts stay tucked away inside...hidden. They are not locked away. Anyone can see them, but only if you look closely...only if you are patient enough to peel back the layers to get past the initial "illusion"...the blonde hair and the boobs and the high heels and the funny stories and ditzy moments. These things are not an act. I do not pretend. These are all a PART of who I am...but there's so much more.
I was so struck when I saw the Nike ad above, because it so perfectly stated the way I have felt lately. There have been times when people have judged the "appearance" in a photo put on the "Strong is the new skinny" page on Facebook. There is talk that someone doesn't look strong enough or is too skinny or sometimes it's too sexy etc. There have been times when I have been judged for the words I choose or how I choose to portray myself. I'm smarter than I look, and I understand that if I am going to stick my neck out and open myself up, there is a chance that I will get my proverbial head chopped off. I accept that and I am okay with it, because if I can grow and learn from it and I can help other people evolve and TRULY change their way of thinking...it's worth a bruised ego every now and then.
I feel sorry for people that only see what I look like in a bikini or judge me based on a single word or description in a post I write. I feel sorry because the person that only focuses on the superficial structure, misses the strength of my foundation. Don't make that mistake. There is no one standard or measurement or statistic for strength or beauty. It comes in many different forms and takes on many different appearances. Look further and be better...to yourself and others. "...And if a woman is to be measured, let her be measured by things she can control...by who she is and who she is trying to become..."
~Marsha 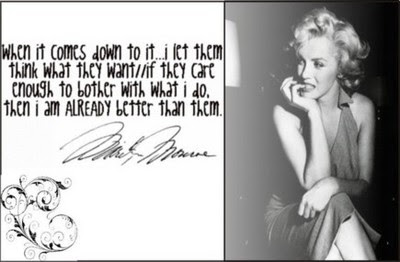 read my other blog 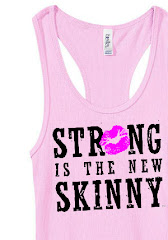 Strong is the new skinny® store 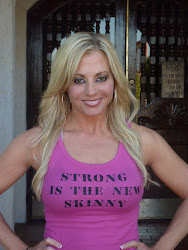 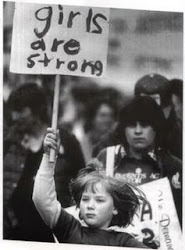 MC
I am a walking contradiction. I am strong enough to hold my own with the boys at the gym, but I'm a shoe obsessed girly girl the rest of the time. I'm tough as nails on the outside, but sensitive on the inside. I'm the smartest airhead you'll ever meet. I'm an unorganized neat freak that's always making a mess. I hate being late, yet I'm late EVERYWHERE I go. I'm silly and I'm serious. I am many things. I am me. 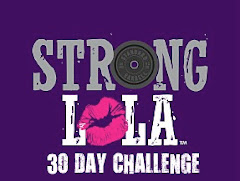 Click this link to join our 30 Day Challenge group!!! 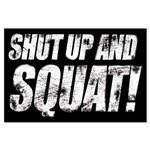 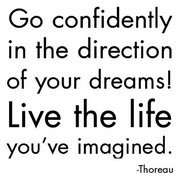